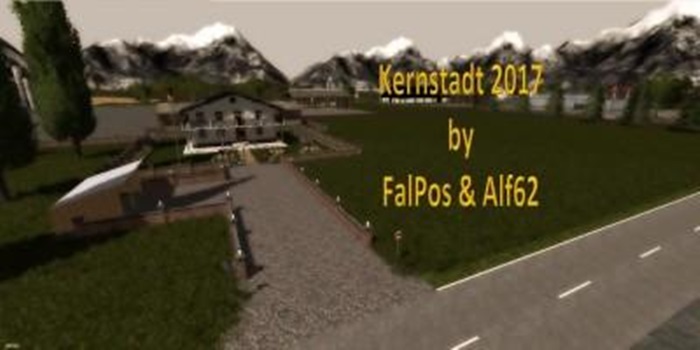 Welcome to the core city 2017 by FalPos and Alf62 The history of the core city dates back to the year 2013, when BigDaddy99 published its first version of the core city. In the meantime several versions of the core city have been published. The most popular and popular versions in the LS15 are from Alf62 and Kastor. In this version, we have taken the core city edition Alf Alf as a template, and have tried to bring this as faithfully as possible in the 17s. If you know the core city of the past, you will soon be on the new core city 2017. All the objects that were built at that time have once again found their old place. Partially now equipped with productions. Unfortunately, the farm was no longer completely reconstructed, the cattle, pig and chicken breed there is no more. Likewise, I could not put the feed store into the old condition. New features of Seitens Giants have prevented this. Thus, the halls were only rotated and now serve as shelters. To unload the feed, there is only one bunker to tipping, as well as an overload pipe to load. The yard has a railway connection. There are 2 train paths on the map. A route leads across the farm. For the other route a transfer option was created, so you can transfer from train 2 to train 1. Along the route 1 several loading facilities were created for the train, all have a level indicator. This means that you do not have to go to the farm every time to unload the harvest. In the forestry on the mountain the sawmills were removed. There is now the wood chopper from Kastor and the possibility to load woodchips into the train. These can then be sold in the freight yard. Also in the freight yard is a crane and the possibility to sell logs. There are also some completely new objects on the map. Thus, on the mountain opposite the forestry is a Kaufland. Sugar beets and potatoes can be sold, as well as every pallets produced, such as milk, cheese, sugar, wool, ham and soap. It is also possible to buy bread from the bakery. The small supermarket in the city has closed its doors. New is also an Edeka market. There the same products can be sold as at Kaufland. In addition, milk can be sold there. Across from Edeka is a shopping center. Currently, H-Milch can be sold for the café and the wooden pallets of the sawmill. Also new is a sugar plant in the northwest corner. This produces beside sugar on pallets, also bagasse and a feed. Only sugar beets are required for production. The delivery of water is not necessary. However, empty pallets are still required. The empty pallets are delivered to him by the pallets on the site of the sawmill. Next to the dealer is the bakery. This needs to produce flour and sunflower seeds. Flour can be produced in the mill. The sunflower seeds can be brought directly from the field to the bakery. The seed and fertilizer factory was placed on the premises of the freight station. The products produced there can be stored in the yard and removed free of charge. The slaughterhouse is also new. This needs to produce pigs and empty pallets. Ham and soap are produced. Cows can not be delivered there. In order to be able to unload the pigs at the slaughterhouse, a special trailer is needed, which I will discuss in more detail below. The original Vightransporter from Giants can not be used there! On the farm and at the Schweinestall water can be obtained free of charge. However, water collection in the freight yard is subject to charges. The dairy is located in its old place, and can now produce milk, cheese and butter. Milk and empty pallets are required for production. 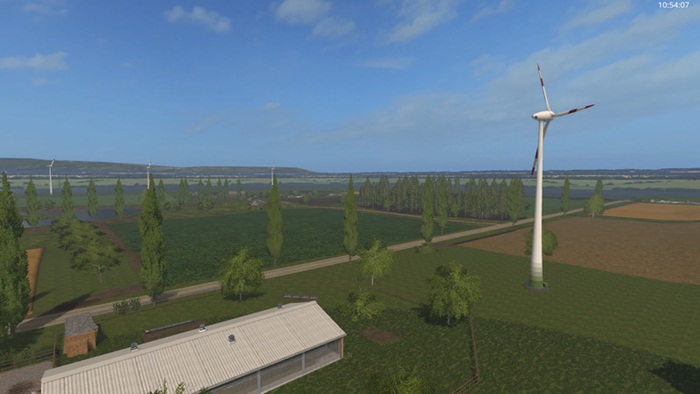 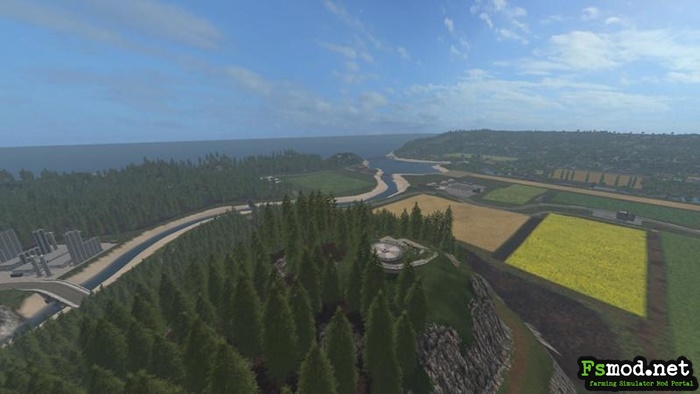 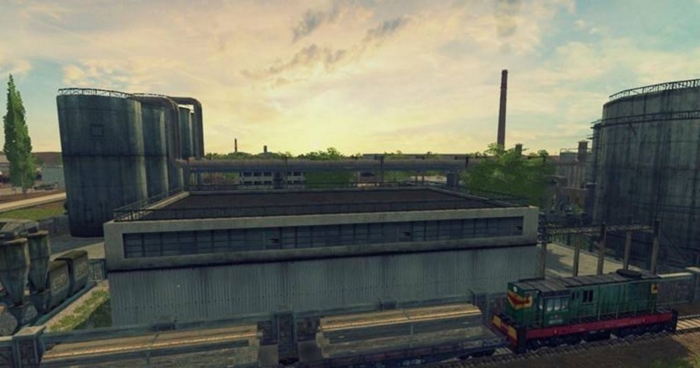 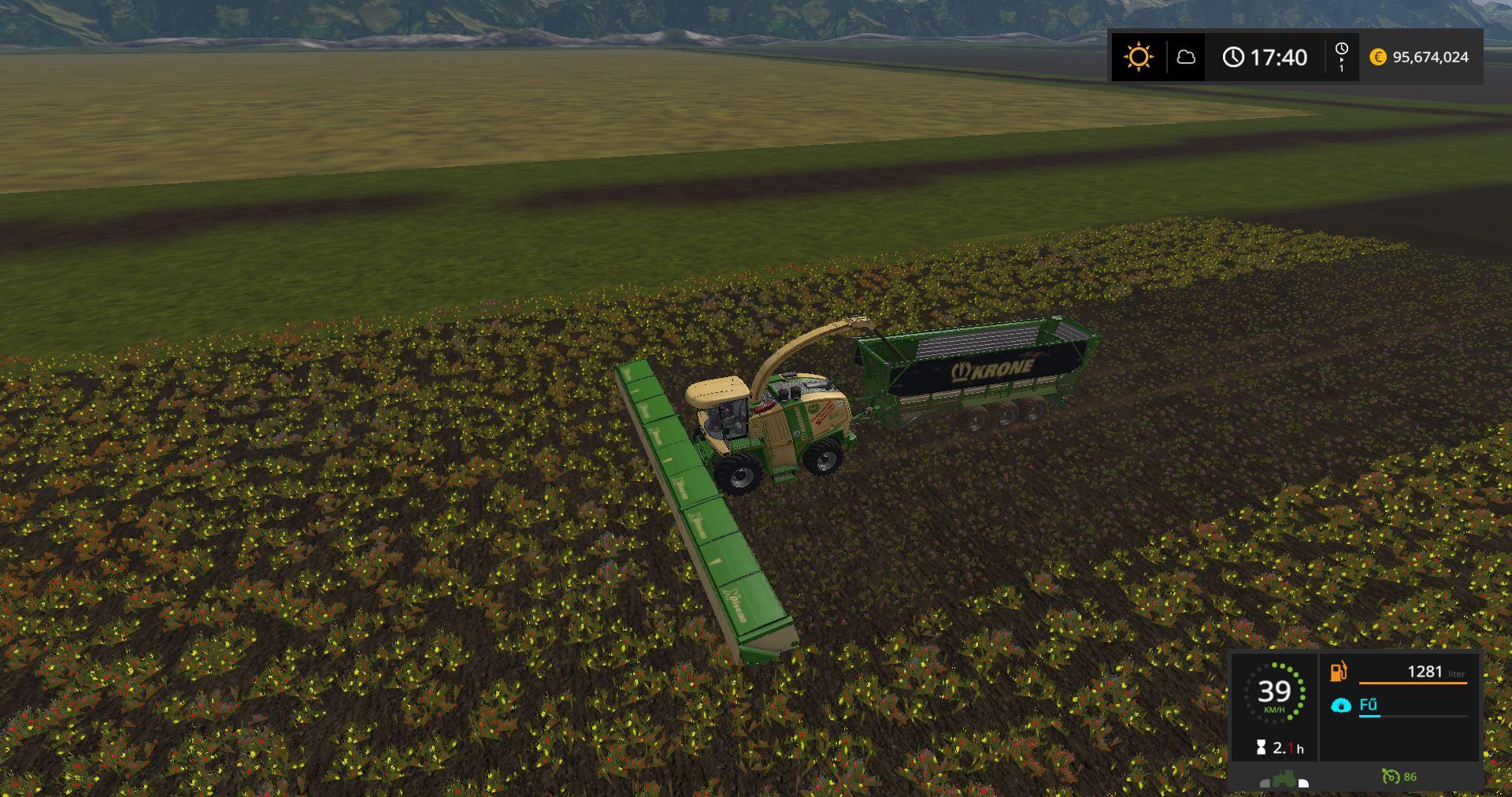 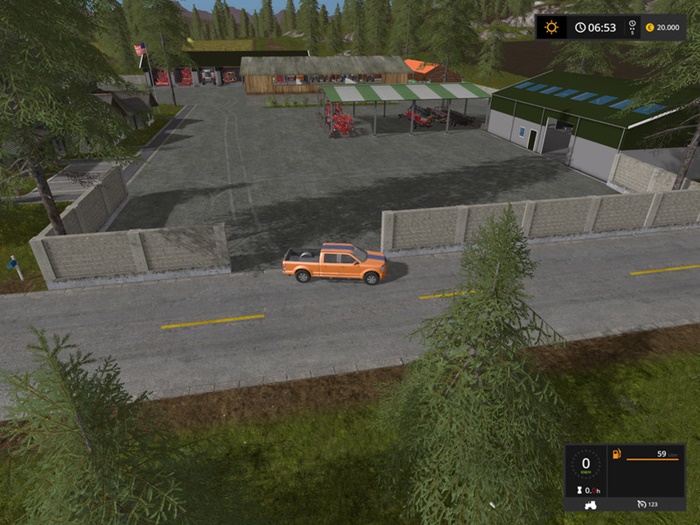 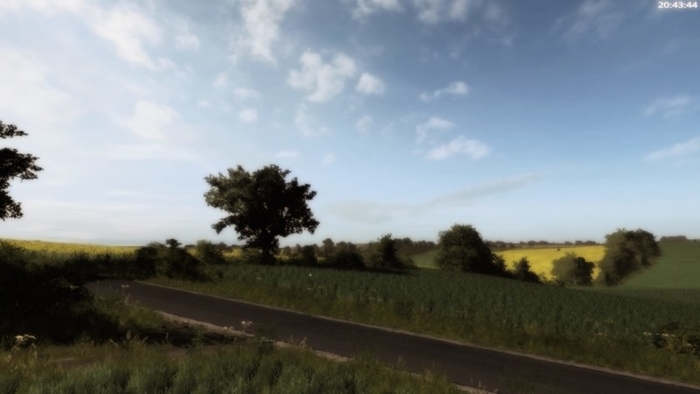 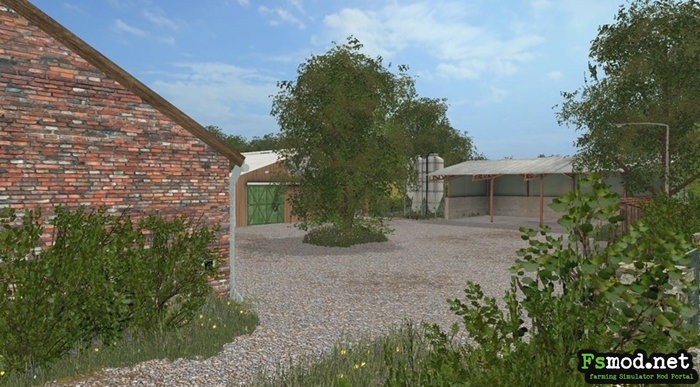 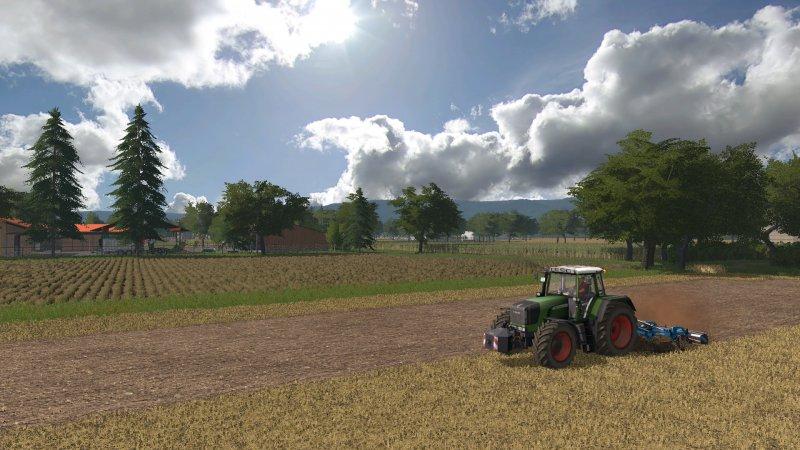 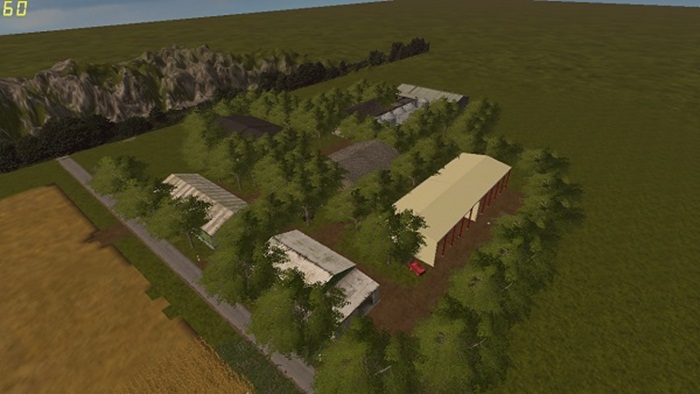 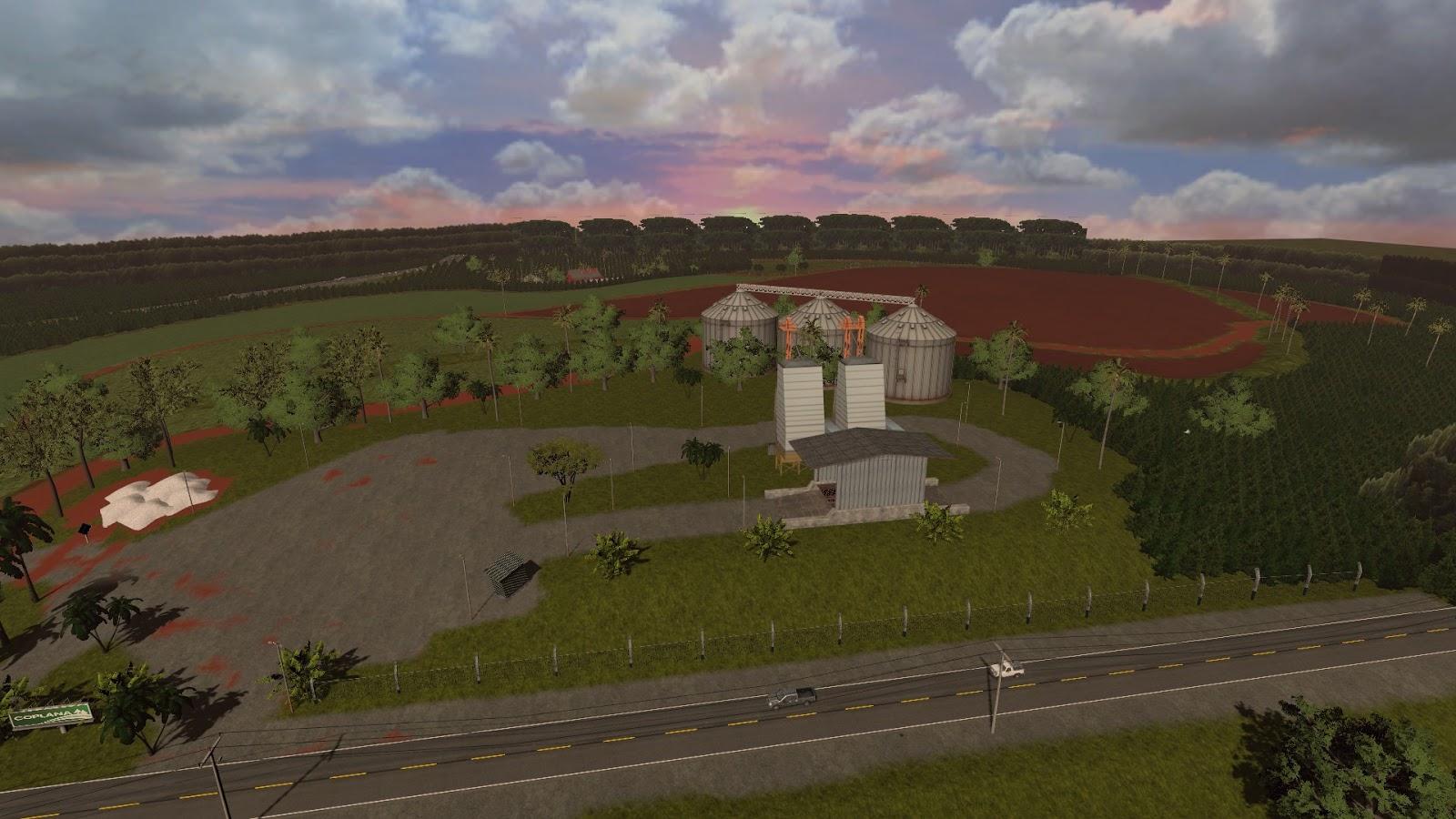 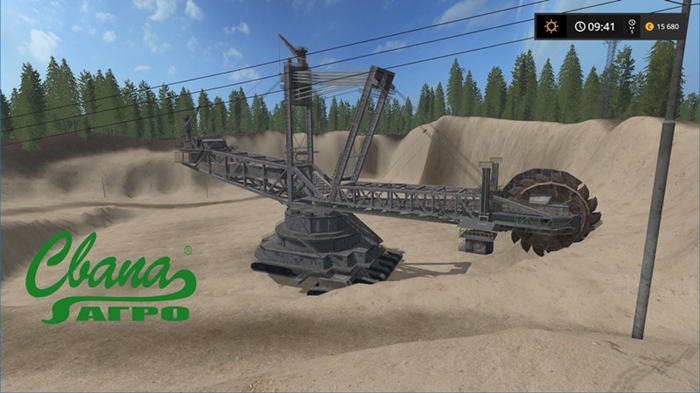 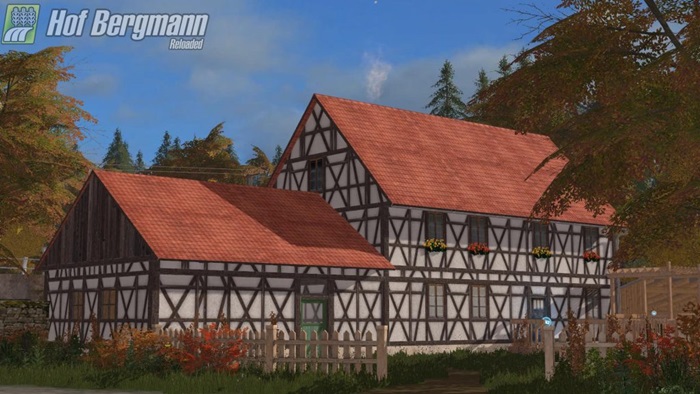